“I learned that this wasn’t my fault. I’m slowly re-building my self-esteem and confidence and hope by telling my story it will help someone.”

If you or someone you love is in a violent relationship, call these FREE hotlines open 24 hours a day/7 days a week.

What is Sexual Violence?

Sexual violence (SV) is any unwanted sexual contact or attention resulting from force, threats, bribes, manipulation, pressure, or violence. Sexual violence can take many forms, including rape or attempted rape, domestic and dating violence, and child sexual abuse. Sexual violence can happen to anyone regardless of age, gender, class, race, occupation, religion, sexual orientation, or physical appearance. Sexual violence is a crime of power and control. It has nothing to do sex or with how someone dresses or acts. No one asks or deserves to be sexually assaulted.

Anyone can experience sexual violence, but most victims are female. The person responsible for the violence is typically male and is usually someone known to the victim. The person can be, but is not limited to, a friend, coworker, neighbor, or family member. The most common prevention strategies focus on the perpetrator, bystanders, and the community as a whole.

What can bystanders do to make a difference?

Involving and Working with Men

Preventing the occurrence of rape and sexual violence requires working at multiple levels to address an individual’s risk factors, as well as the norms, beliefs, and social and economic systems that make sexual violence more likely to occur.2

How much does Sexual Violence cost?

New data revealed that in 2011, the costs of sexual violence totaled nearly $5 billion, almost $1,700 per Utah resident. The greatest cost was due to the pain, suffering, and diminished quality of life that victims experienced. The data also revealed dramatic differences in the resources that are allocated after a sexual assault takes place. In 2011, the Utah state government spent more than $92 million on people known to have perpetrated sexual violence while spending only $16.5 million on those who experienced sexual violence. Only $569,000 was spent on efforts to prevent sexual violence. Read the full report… 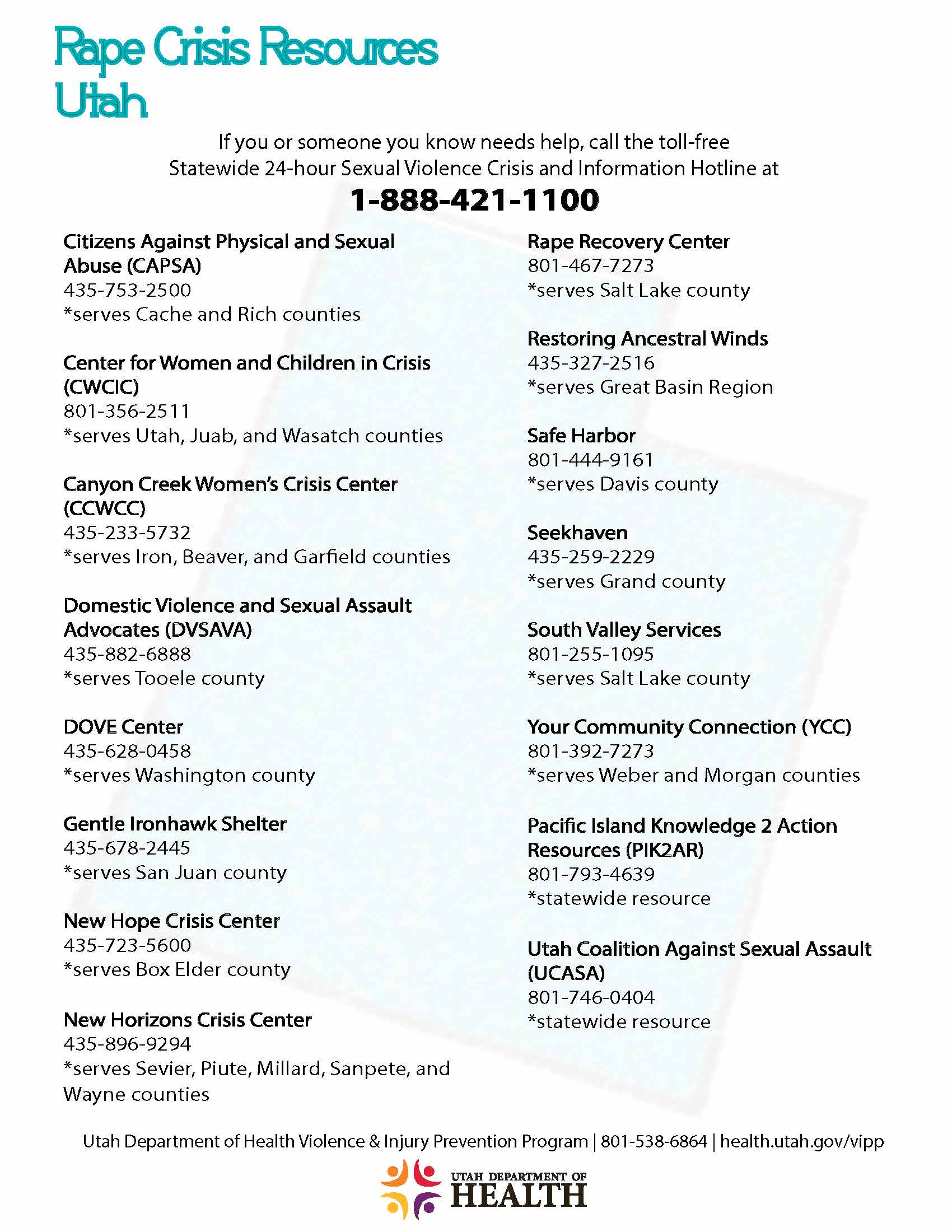